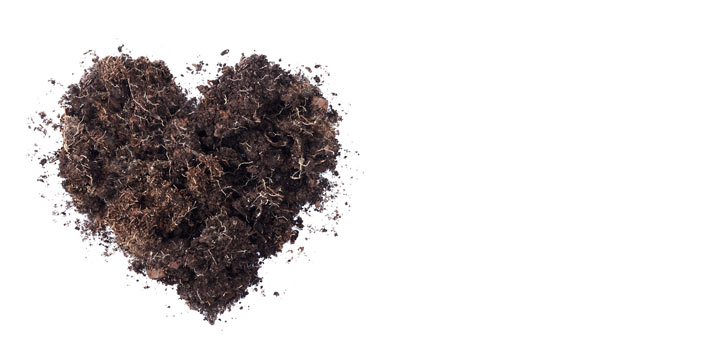 Humic substances origin from the microbial degradation (humification) of dead plant matter, such as lignin. They are very resistant to further biodegradation. Humic substances in soils and sediments can be divided into humic acids, fulvic acids and humin. Humic acid is a main component of humic substances, which are the major organic constituents of soil humus. Humic and fulvic acids (fulvic acids are humic acids of lower molecular weight and higher oxygen content than other humic acids) are commonly used as soil supplements in agriculture. Organic matter soil amendments have been known by farmers to be beneficial to plant growth for longer than recorded history. However, the chemistry and function of the organic matter have been a subject of controversy since humans began postulating about it in the 18th century. Until the time of Liebig, it was supposed that humus was used directly by plants, but, after Liebig had shown that plant growth depends upon inorganic compounds, many soil scientists held the view that organic matter was useful for fertility only as it was broken down with the release of its constituent nutrient elements into inorganic forms. Nowadays, soil scientists hold a more holistic view and at least recognize that humus influences soil fertility through its effect on water-holding capacity of the soil. In addition, since plants show to absorb and translocate the complex organic molecules of systemic insecticides, scientist can no longer discredit the idea that plants may be able to absorb the soluble forms of humus. In fact, this is an essential process for the uptake of otherwise insoluble iron oxides.

An actual study on the effects of Humic acid on plant growth was conducted at Ohio State University in 2006 and said in part “humic acids increased plant growth” and there is a “relatively large responses at low application rates.”1

BIO-PROTAN®Liquid Humus used alone or mixed with most fertilizers is a permanent humic substance which cannot be easily decomposed by microorganisms of the soil. Liquid Humus is suitable to all agricultural and horticultural plants and unleashes its full and lasting impact especially with sandy and clay soils.

We recommend the regular soil application of BIO-PROTAN®Liquid Humus to improve soil conditioning and soil fertility, stimulate root growth and increase biomass. Use Liquid Humus for fertigation and foliar spray to support the absorption of mineral fertilizers and nutrients naturally present in the soil. Humic Acids are natural chelates able to form chelate complexes and improve the resorption of trace metal fertilizers (Mg, Ca, Fe). The formation of (chelate) complexes is an important aspect of the biological role of humic acids in regulating the bioavailability of metal ions.

BIO-PROTAN®Liquid Humus is free from any chemical components that could be harmful to the soil and crops.

We recommend BIO-PROTAN®Liquid Humus for localized soil irrigation and together with regular fertigation.

Dilute BIO-PROTAN®Liquid Humus before using it on plants. The recommended application may be varied according to the soil characteristics and local conditions.

BIO-PROTAN®Liquid Humus is stable when stored under normal undiluted conditions. Intended for immediate use when diluted. The original product in the state in which it is delivered is hazard–free concerning the transmission of pathogens. Close package properly after use. Shake well before use.